These Girls Are On Fire - By Taylor Peyton

The Silverbacks Women have done it! The WPSL Southeast Conference championship, and an undefeated regular season to go along with it. A win on the road against Chattanooga FC on Thursday clinched the conference title, and then a win at home against Knoxville Force kept Atlanta’s perfect season intact. 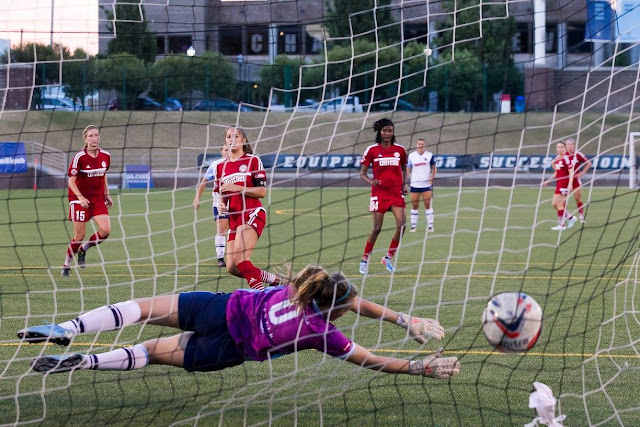 With a handful of fans not far behind them, the Silverbacks made the trip up I-75 North to Chattanooga to take on Chattanooga FC’s women’s team. Atlanta opened the scoring when a Brittney Reed free kick from a little bit past midfield met Zaneta Wyne’s head, with the ball  floating just out of the reach of Chattanooga’s keeper. The Second goal occurred when a long pass found Katya Gokhman who passed it perfectly to Jocelyn Baker who applied to finishing touch. According to the WPSL website Baker has scored four goals this season, making her the Silverbacks top scorer. The Silverbacks kept a clean sheet until the 63rd minute when Chattanooga broke through on a goal scored by Carlie Banks. The Silverbacks were able to get an insurance goal towards the end when the ref gave them a penalty after Brooke Hendrix was tackled in the box. Apparently, the Chattanooga player temporarily forgot which football she was playing. Tess Patton then slotted home the penalty to make it 3-1, which would be the final score of the game. 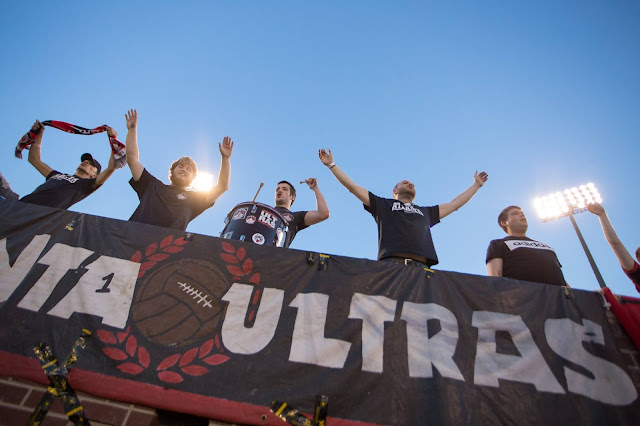 At the last home game of the regular season, the Silverbacks played Knoxville Lady Force. The game started at 5 pm, and it was scorching out there. The fact that the Silverbacks were wearing red and Knoxville were wearing black probably didn’t help much. The players seemed to struggle with the heat in the first half. There were still some good chances created at both ends, but the game remained scoreless going into halftime. Late in the first half, the Ultras were heard facetiously chanting “turn on the AC” and apparently the person running the @SilverbacksWMN Twitter account heard them because they hilariously sent out a tweet informing fans that the bathrooms had AC. They opted to just spend halftime in the shade rather than in the bathroom, but it was still a funny tweet. 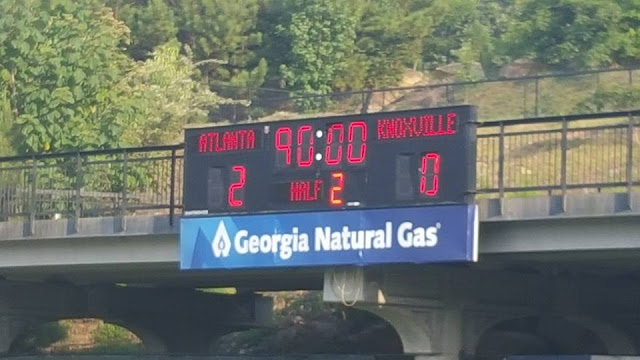 In the second half it cooled down a little bit, and the Silverbacks scored shortly after play resumed when a Brooke Hendrix pass gave Katya Gokhman a one on one chance with the keeper which she converted by slotting it into the bottom left corner of the net in the 48th minute. In the 64th minute, the Silverbacks scored again when Ester Anyanwu passed it to Keely Cartrett who beautifully curled a shot just out of the keeper’s reach. This 2-0 win was enough for the Silverbacks to complete a perfect regular season.


If you weren’t already aware, Thursday’s match was streamed by Chattanooga FC, who stream all of their women’s games. Personally, I think it’s fantastic that Chattanooga does this, and I think the Silverbacks HAVE to start doing it either for the playoff games, or next season. Like the men’s players, the women are also looking for a big break. Some of them have already played professionally in Europe or even in the NWSL and they are currently with the Silverbacks because are looking for new opportunities, and the club streaming the matches would make it much easier for them to be discovered. As the title of this post says, these girls are on fire; so if footage of them winning every match they play in fairly dominating fashion was available to scouts, it would do a lot to help their reputation. 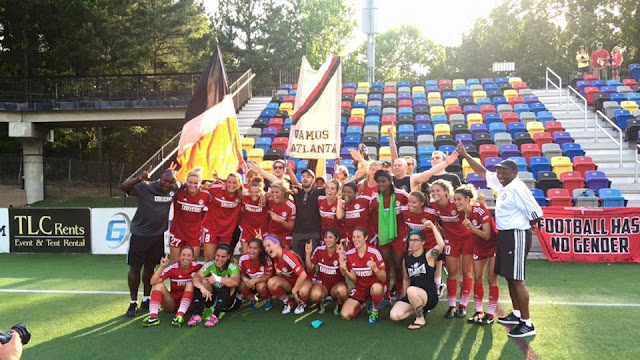 As I wrap this piece up, I’d like to congratulate the players, Iggy, and everyone else involved with the team. It has been a fantastic season, and I feel privileged to have followed, and written about the team this season. As the playoffs are set to start there a few things details are still to be confirmed but as the top seed, Atlanta will be hosting a playoff game. There is still a lack of clarity as to when and where exactly but according to a source, it will be on Friday at Silverbacks Park. When a time and place is confirmed, make sure you do everything in your power to make it, because every time these women step onto the pitch they put on a fantastic show and the playoffs be no difference, or it could be even better than it has been before.