Is It Hot In Here, or Is It Just the 'backs? - by Taylor Peyton

Well, it's summer in Atlanta and it is indeed hot in here. But the insufferable Atlanta summer heat cannot take away from the fact that both Silverbacks teams are just as hot right now. The women have continued their perfect season with wins over the undefeated Memphis Lobos, and Alabama FC. The Men have kept themselves alive in their quest for the South Atlantic Conference with two consecutive wins over Tobacco Road FC and Georgia Revolution.


Can the Women’s team be stopped? Doesn’t look like it

On paper, the women’s game against Memphis looked like the toughest game they would have to play this season. It was a little bit harder than other games had been, but they still won 2-0 pretty comfortably at Silverbacks Park. Three days later they played winless Alabama FC at Walton High School in Marietta. The Silverbacks went down 2-0 early to Alabama with two goals from their number 10, (whose number and name are listed together on the roster that is on the WPSL website), and a few great saves for their keeper early in the match. There were concerns that possibly they had underestimated the visitors from Birmingham. However, Atlanta came alive just before halftime with a goal to make it 2-1. In the second half, the Silverbacks scored three unanswered goals, ending any chance of an Alabama FC upset.

It was a great team performance, but if there was one player that stood out, it was Brittney Reed. Reed plays her college soccer for Kennesaw State University, scored two goals and assisted a Jocelyn Baker goal against Alabama FC. Before playing for the Silverbacks, Reed played her third season with the Owls and scored six goals in the season opener against South Alabama, as well a goal and assist in the second game of the season against Georgia State. Unfortunately, her college season was cut short due to a knee injury, but she seems to have picked up right where she left off with the Silverbacks. 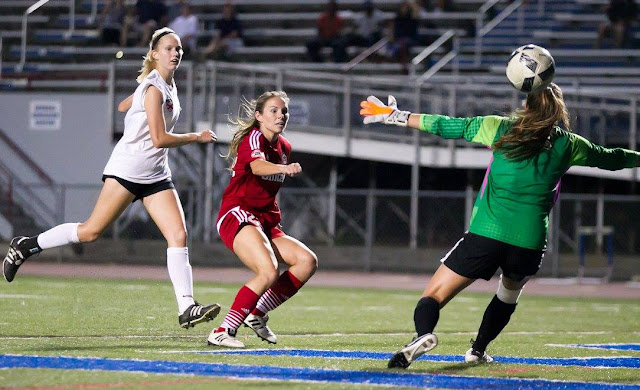 
The men continue their winning streak


After a comeback win against the Railhawks on June 12, the Silverbacks once again had to pull off a comeback after Joaquin del Rosario opened the scoring for Tobacco Road FC. Shortly after conceding, the Silverbacks were awarded a penalty when Johanning was fouled while trying to go around the goalkeeper. He then converted the penalty, for his fifth goal of the season. A few minutes later, Douglas Diwa scored what would be the winning goal. The Silverbacks did a good enough job defending to preserve a 2-1 lead until the final whistle was blown. 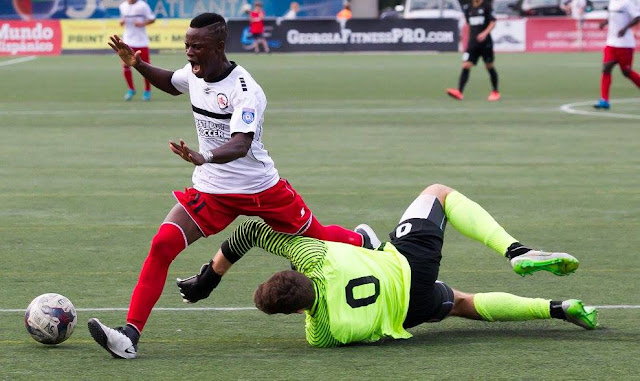 In the final home match of the season for the men’s team, the Silverbacks went head to head with the Georgia Revolution. This may be a bit harsh, but Georgia Revolution were abysmal this year. They had only managed one win and had a goal difference of -13 heading into the game. Their defense is shaky, their forwards aren’t clinical, and they don’t have much of a set piece specialist. One would expect the Silverbacks would take care of them with a fair amount of ease, and they would be right. It wasn’t quite the dominating performance Silverbacks fans were treated to in Conyers, but the Revs still didn’t have much of a chance. There had no quality chances in the first half for them, but at the other end, Johanning scored his sixth goal of the season in the 33rd minute. (As of June 28th, he still leads the NPSL South Atlantic Conference in goals.) In the second half, the Revolution played slightly better, emphasis on the word slightly. With the game winding down,  the Silverbacks clinched it with a great goal from outside the box by Pedro Polaz. Pedro and Johanning have only scored in the same game twice this season, ironically both times coming against the Georgia Revolution. 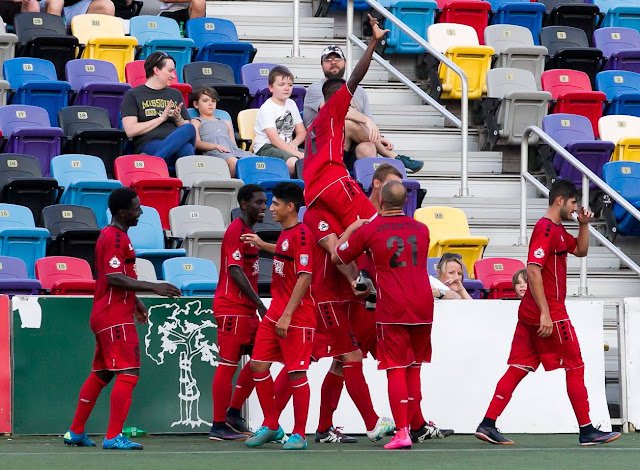 Now both teams have two games left to play. The Women take on Chattanooga FC on Thursday at Finley Stadium, and Knoxville Lady Force on Saturday at Silverbacks Park. The weird scheduling of the WPSL seems to have complicated things in the conference title race, but regardless the Silverbacks are in control of their destiny. Memphis Lobos have played seven games, but it appears their game against Gulf Coast Texans was postponed, and there has been no clear indication as to when it will be made up. It would be unthinkable that they wouldn’t make it up though. It doesn’t make too much difference because according to WPSL Law A6, Head to Head record is the tiebreaker, so as long as Atlanta wins one of their two remaining matches they will be WPSL Southeast Division champions. This means they could clinch it in Chattanooga on Thursday with a win. So maybe it’s not so complicated after all because all Atlanta has to do is win a game! 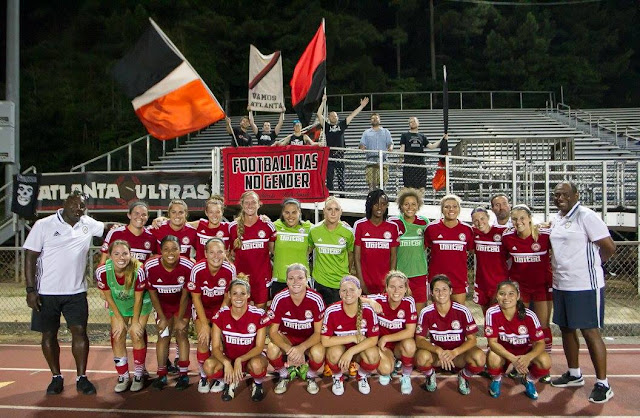 The men will also be in action on Thursday and Saturday. They play Myrtle Beach Mutiny on Thursday at Ashley Booth Stadium and FC Carolina Discoveries on Saturday at Rock Hill Stadium. Both games are on the road, and Atlanta will most likely have to win both to win the NPSL South Atlantic Conference title. The Mutiny currently lead the Silverbacks by two points so if Myrtle Beach were to win they would clinch the conference, but if the game goes the Silverbacks way it would put them in the driver’s seat going into the last match. Regardless of how these next two games go, the Silverbacks are already in the playoffs and will be hosting at least one playoff game at Silverbacks Park. The conference title would obviously be a nice bonus. 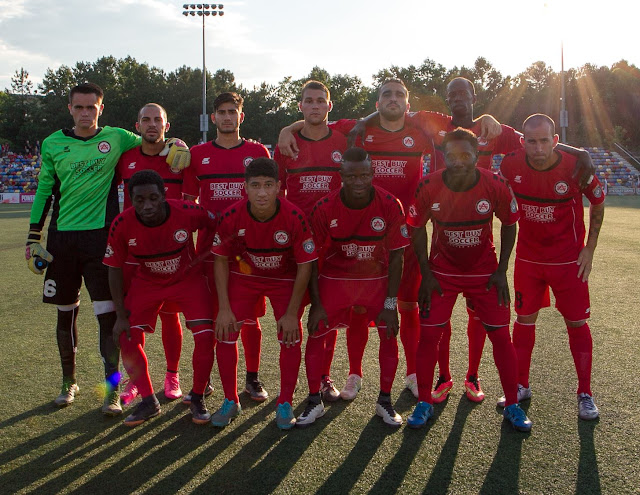 It’s hard to believe the season is almost over, but despite the short length of the season it has been full of excitement and these next few games shouldn’t be any different. If everything goes right, we could be celebrating two regular season championships for our Atlanta Silverbacks.