That’s right folks; playoff soccer is back in Atlanta! No, we are not kidding you. Both the Men’s team and Women’s team have not only made the playoffs but have home field advantage for at least one round. The Men will be taking on the Carolina Railhawks NPSL squad, and for the first time since winning the 2011 W-League Championship the Women’s team are in the playoffs as well. Keep an eye on Planet of the Backs for a Part two of this playoff preview, which will include everything you need to know about their playoff game as well. 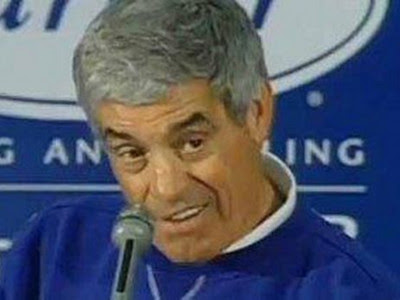 Yes, the title is a reference to Jim Mora

This year is the first time since hosting the 2013 NASL Soccer Bowl that the Silverbacks First Team will be taking part in postseason play. Since then the Reserves made the playoffs in both 2014 and 2015, but that is a different story that we will get to all in good time. 2013 was the only year the NASL had the Spring Season Champion host the Fall Season Champion in the Soccer Bowl rather than having a playoff system traditional to American sports, so you would have to go back to 2007 to find the last time the Silverbacks first team played in regular playoffs.


As mentioned before, the Reserves made the playoffs last year. In the first round they played Georgia Revolution (oh how they’ve fallen since then) at Silverbacks Park in a game they dominated 4-1. Gaetan Massiah was the man of the match with two goals and an assist. Obviously, Massiah is not a part of the team this year as he is now the Head Coach of the Varsity Boy’s team at UMS-Wright, a Prep school in Mobile, Alabama. After thrashing the Revolution, the Reserves were stopped in their tracks by Chattanooga FC, who beat them 3-0 en route to making it to and hosting the NPSL Championship game which they lost to New York Cosmos B.


This year the Railhawks are Atlanta’s playoff opponent. This season the Silverbacks got the better of their foes in both regular season meetings. The first win was by a score of 1-0 in Cary, in which Pedro Polaz score the goal. In the second game at Silverbacks Park, the home team found themselves down 1-0 at halftime. With second half goals from Johanning, and Avery Shepherd the Silverbacks completed the comeback to win 2-1 and sweep the Railhawks.

Following their loss in Atlanta, the Railhawks won 2 of their last three regular season matches. Their two wins came when they handed Myrtle Beach their only loss and thrashed Tobacco Road FC 8-1. Their top scorer is Nils Bruening, who did not play in either game against the Silverbacks but scored five goals this season.

In case you missed it, the kickoff time and venue has been changed. The game will no longer be played at 3:30, but instead at the much more sensible 7 pm. Instead of Silverbacks Park, it will be played at Georgia Gwinnett College. The club deserves massive credit for finding a venue that would let the Silverbacks play at a convenient time for the fans and a time where it won’t be close to 100 degrees. Georgia Gwinnett College is only 18 miles from Silverbacks Park, which isn’t too bad, but you’re probably better off avoiding 85 North in Gwinnett County if you can. The address is 1000 University Center Ln. Lawrenceville, GA 30043. Come out and support your Silverbacks in the playoffs! 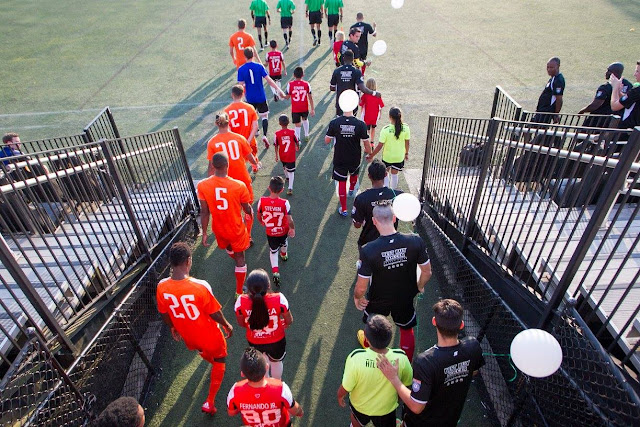 Railhawks and Silverbacks walking out at Silverbacks Park. Image by Dave Williamson
at 8:45:00 AM