In somewhat controversial fashion, the Silverbacks fell 2-1 to Myrtle Beach Mutiny on Saturday night. After taking the lead off an own goal, the visitors got a lucky break when the Silverbacks had a goal ruled offside just before halftime, a decision many people in the stands disagreed with. In the second half, Atlanta would equalize on a goal scored by who else but Pedro Polaz. At this point, there are three things certain in life: death, taxes, and Pedro Polaz scoring a goal. 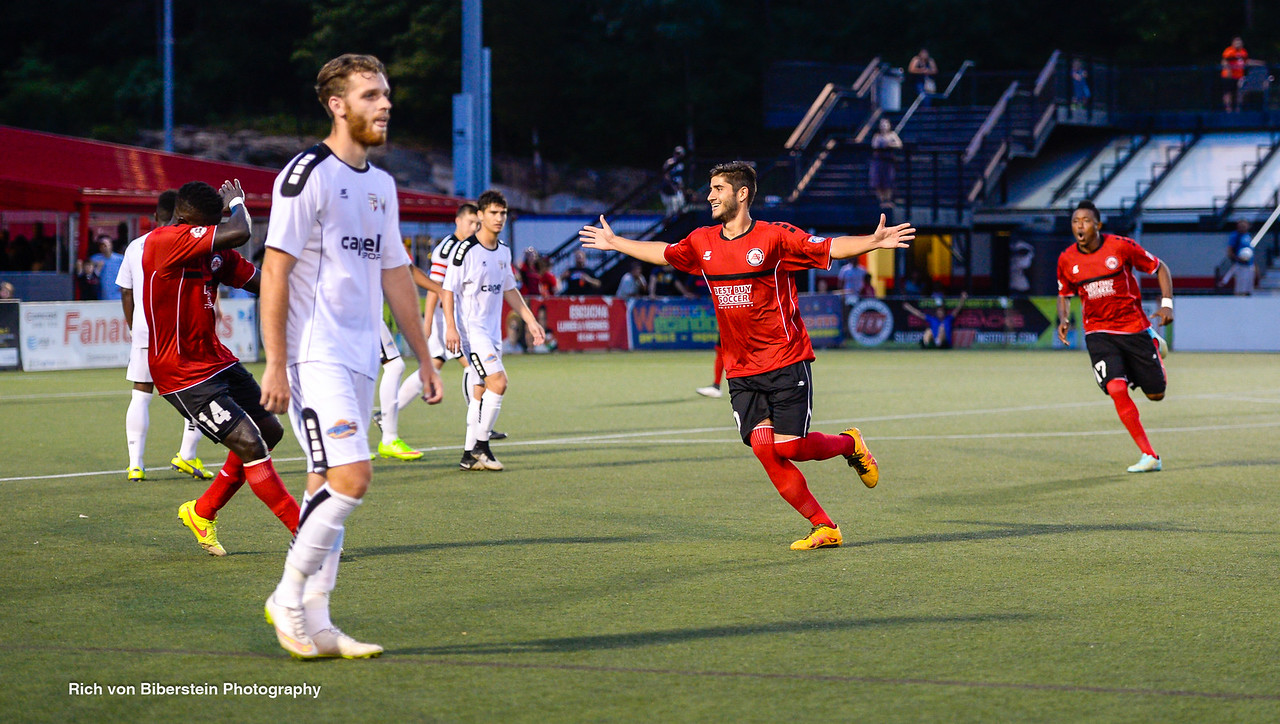 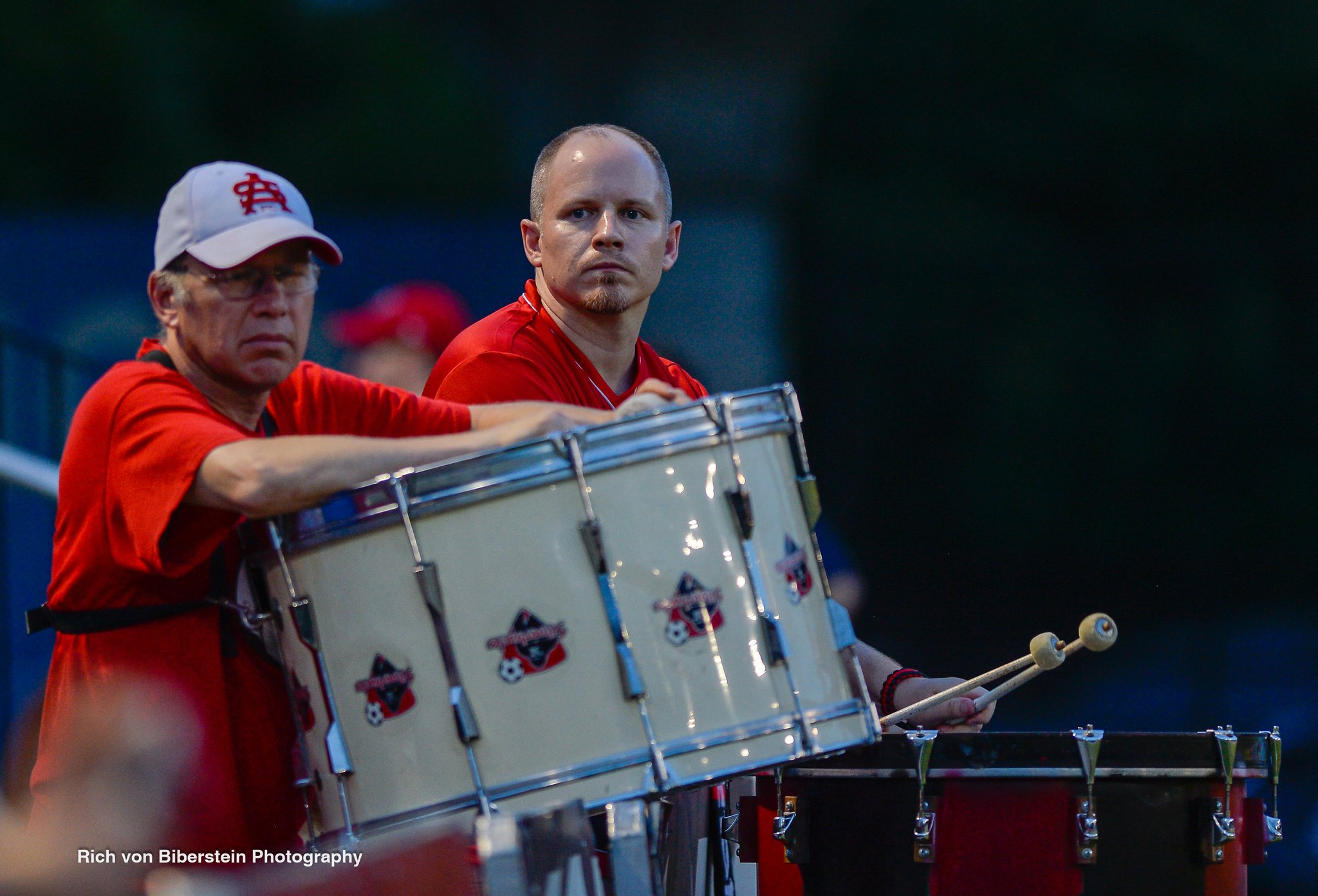 Images by Rich von Biberstien
The teams were then as equal on the scoreboard as they seemed to be throughout the game. Both teams were well prepared and were passing the ball around very nicely when they had possession of the ball. Things got a bit chippy in the middle of the second half, and the end result was a red card for Gabriel Obatola.

Having ten men in a fairly evenly matched game usually doesn't end well and unfortunately for the Silverbacks, the Mutiny broke through in the 84th minute on a goal by Askel Juul (the NPSL website says his name is Richard, but the Mutiny twitter account says different). After scoring his goal, Juul decided to jog over to the Atlanta Ultras and put his finger to his lips telling them to “shh.”

Opposing players celebrating directly in front of our fans didn’t seem to happen too often during the NASL era, at least from what I saw. I recall last year seeing a video of a Railhawks player taking a bow in front of Westside 109, after scoring one of the luckiest goals I’ve ever seen no less, but most of them were smart enough to just embrace their teammates and jog back to the other side of the field for the kickoff. As you can imagine this action was not taken too kindly to by the Ultras. There was a lot of double angry birds and booing, and when the other fans in the stadium realized what Juul was doing, they joined in with the booing too.

The top spot of the South Atlantic Conference was at stake. As you can imagine with a few controversial decisions against the Silverbacks from the refs, as well as, the little bit of arrogance from the Mutiny, this loss was a bit hard to swallow. But as the old saying goes, “onward and upward!” Both Silverbacks teams are in action this Friday at Silverbacks Park in what is bound to be a fun doubleheader evening. The Women’s team starts it off against Gulf Coast Texans at 5 pm. The Texans are coming off a win 2-1 over Chattanooga last Saturday and sit third in the Southeast Conference with four points. Gulf Coast has been dealt a pretty rough hand because after Friday’s game in Atlanta, they have a home game against Memphis on Saturday. Yes, you read that right. They play two games in as many days, and to add insult to injury, they are against the second place team and the first place team. There are several possible outcomes that can come from this weekend’s games. The best case scenario is that the Silverbacks beat Gulf Coast, who then go on to beat Memphis the next day; this would put the Silverbacks at the top of the conference with a game in hand. 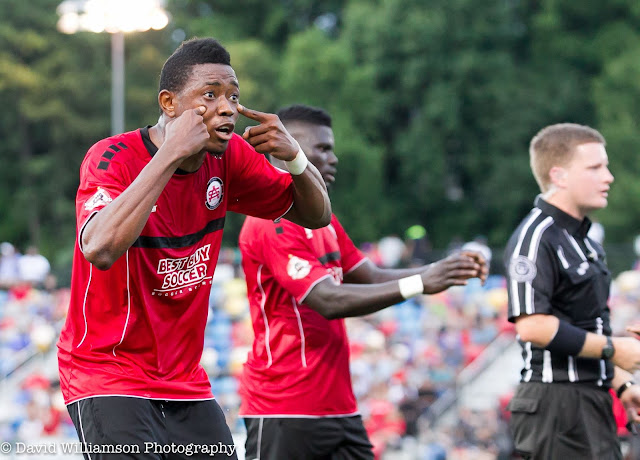 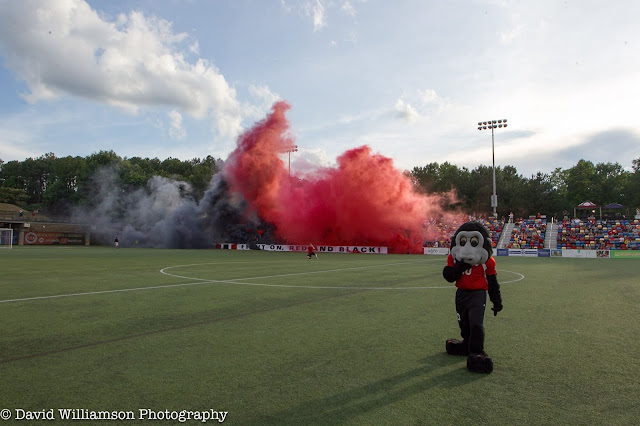 Images by Dave Williamson
The second part of the doubleheader is the men taking on FC Carolina Discoveries, who currently sit in 5th place with 5 points. Their only win came against the Georgia Revolution on May 25th. Their joint top scorers are Adam Brundle and Achille Obougou with two goals each. Their last game was a 3-1 loss to Carolina Railhawks NPSL on June 2nd. The games taking place are tremendous opportunities for both Silverbacks teams. Myrtle Beach is also in action on Friday in Durham against Tobacco Road FC, and if they lose that could open the door for the Silverbacks.

A good crowd was on hand at Silverbacks Park on Saturday for the men’s home opener, and it would be great to keep that going on Friday. If you can, try to make it in time to watch both games because regardless of whether they win or lose, both of our teams know how to put on a good show.