Coming off a disappointing loss against Myrtle Beach the Silverbacks had 2 games in 3 days, and 2 chances to erase the memories of that loss. The first game was on Friday, June 10 against FC Carolina Discoveries, and the second one was Sunday, June 12 against Carolina Railhawks NPSL.

The game ended 2-2 but it was tough to swallow because both goals that the Silverbacks conceded were most likely avoidable if not for big defensive mistakes that left Bryce Billington without a chance on both occasions, as Carolina’s Daniel Revivo shot the ball past him. However the Silverbacks did not go down without a fight as Joao Johanning Mora scored two goals of his own. 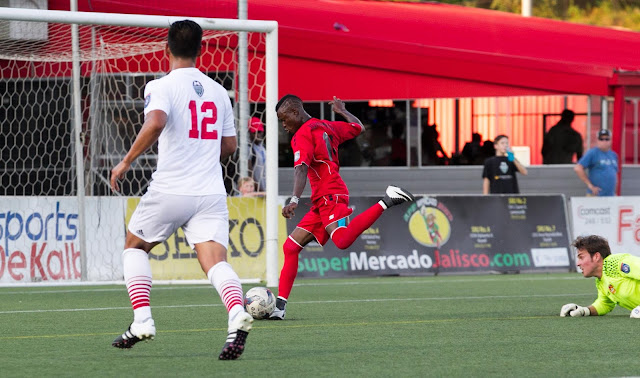 Image by Dave Williamson
Perhaps a draw against the Discoveries was the most deserved outcome, and possibly it was a wake up call for the Silverbacks. When the Railhawks were in town it was a difference performance. The Railhawks still scored first with defender Chase Rhodes applying the finishing touch, however  it wasn’t anywhere near as shocking as the goals conceded on Friday were. The Silverbacks equalized in the 73rd minute as Johanning scored yet again. After scoring three goals in two games Johanning brought his goal tally up to four, which was enough to overtake Pedro Polaz as Atlanta's top scorer. 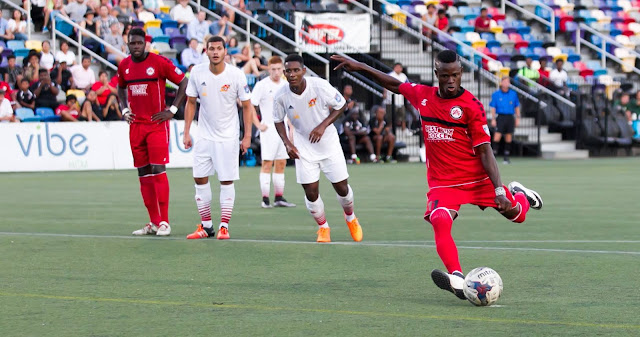 Image by Dave Williamson
In the 77th minute Avery Shepherd scored the Silverbacks' second goal, which ended up being the game winner. The final score was 2-1. Shepherd, used three times as a substitute this season, scored his first Silverbacks goal by controlling a pass from a Johanning with his chest and rifled the shot past the Carolina keeper. Prior to playing for the Silverbacks this year Avery Shepherd finished his college career at Clayton State University in Morrow. As a Laker, Shepherd scored 23 goals in 34 games over 2 years. When you look at his college statistics it’s no surprise that he came up big for the Silverbacks on Sunday night and there’s reason to believe he can't score again during the season. 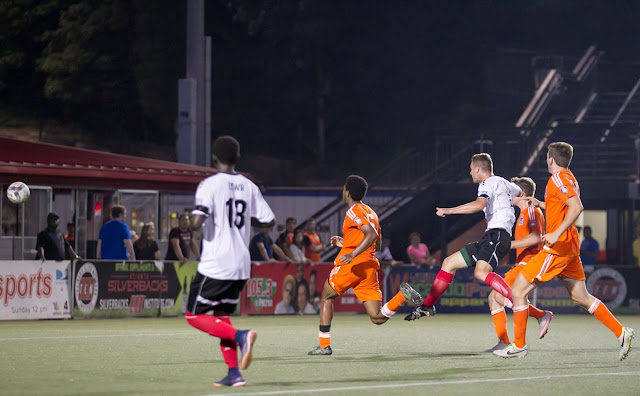 Image by Dave Williamson
At the other end of the pitch, Bryce Billington put in another stellar performance between the sticks.  From my point of view, the Silverbacks have yet to come across a goalkeeper this season that ended up stealing points from them. Billington on the other hand, has stolen a few points from other teams this season. Between being a part of the team last year as the third choice goalkeeper in the NASL, and his performances in the NPSL this season Billington has become a fan favorite. 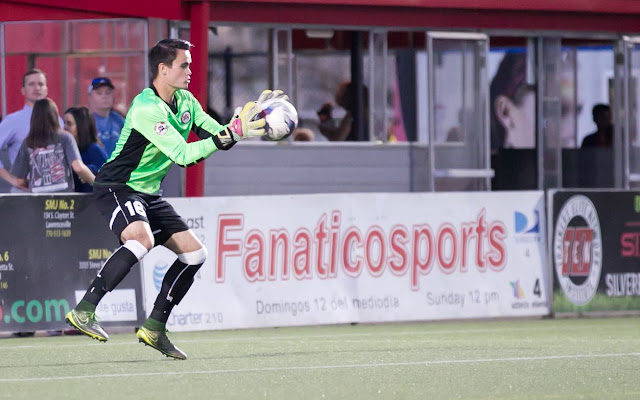 Image by Dave Williamson
As of the time I’m writing this, the Silverbacks sit second in the South Atlantic Conference. Myrtle Beach Mutiny are ahead of them by two points with a game in hand. Their game in hand is June 15th against Carolina Railhawks NPSL. If the Mutiny drop points it is possible for the Silverbacks to take control of first place if they also do their job by beating Tobacco Road FC. Later this week, look for a more detailed performance of both the Men’s game against Tobacco Road, and the Women’s game against Memphis Lobos this coming Saturday.
at 1:41:00 PM